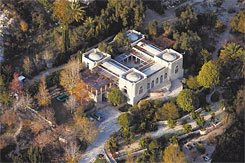 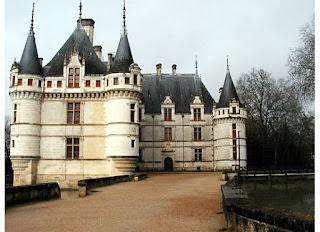 Middle East through to the rounded ones of Scotland and the Loire Valley, and, with the development of accurate gunfire, on to the star-shaped fortresses of Renaissance Italy. The walls of the Old City of Jerusalem, as rebuilt with square bastions by Sulieman between 1537 and 1540, were obsolete at the time of their construction, due to the vulnerability of square bastions to battering rams.
The vast resources used in times of war to construct adequate fortifications were free in times of peace to produce the houses of the rich and powerful. Not coincidentally, these powerful individuals were often the same leaders who had commissioned the fortifications, and their architects freely and poetically used the architectural language of war to create their glorious homes.
To be continued...