Weirdest Map of Israel on the Internet 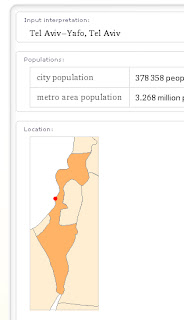 OMG, what happened to the country? Looks like someone has been punching it again.
This time, the culprit is the new and mostly gorgeous site for research mathematical and general, Wolfram Alpha. Maybe Stephen Wolfram and his team hadn't heard that we Israelis are particularly picky about maps, and that the shape of the country is not to be trifled with.
And, to be fair, they just started.  The site went up to great fanfare last week, and, while not a Google-killer, does promise a great deal of information and some unexpected tools for analysis.  They dig deep into databases and provide graphical representations of most of the kinds of knowledge they proffer, in addition to the written facts and figures.
Still, you have to give some credit for their suggestions for the New Israel. That land reclamation project that stretches from Netanya to Haifa Bay is damned impressive.  So is the new improved curvy road through the Arava.  I always thought that Etzba HaGalil should just taper to a nice sharp point instead of wandering up towards Metulla. I am a little concerned, though, that Israel's famous wasp waist seems to have gone totally anorexic.
Getting technical for a minute, It seems that Wolfram bought a pretty rough grid of points - maybe one every 10 km or so - to define international boundaries, and decided to complete the rest of the borders by generating spline curves. This probably works well with most countries since they are, for the most part, large and self-assured.
But what about the tiny, fussy countries?  Waiting to hear from you, Stephen.
0 comments 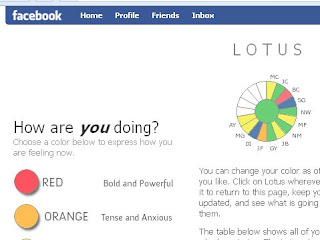 How could I be a real blogger without a post about why I haven't been posting for a while? Well I've been busy working on my first facebook application, and this morning I released it.  It has very little to do with urban planning, although some day there may be enough geographical data in my database to do studies on which cities are most prone to which moods.  In any case, if you're interested, try it out and invite your friends.
Now its time to get back to my real profession. Recently, Shimon Piltzer and I have gotten the green light to advance our town plan in the center of Rehovot.  We're working on an urban intervention there that includes housing, stores, and a new public square along Herzl Street.  Watch for developments.
1 comments